Product ID
107249
Skip to the end of the images gallery 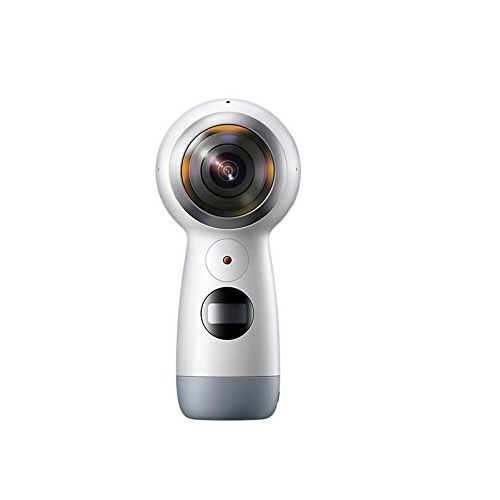 If goods have problems

The Gear 360 has evolved to let you record in 4K and then make it your own with the Samsung Gear 360 app. And with the Gear 360's smaller size and redesigned, easy-to-grip body, memories aren't the only thing you'll want to hold onto. Easily capture a full 360˚ view of the world around you as video or photo with the Gear 360 (2017). With real 4K video capabilities, your videos and images will be crisp, clear, and high-quality, so the content you create and moments you record will be just as vivid, years down the road. Compatible devices include Galaxy S8, S8+ S7, S7 edge, Note5, S6 edge+, S6, S6 edge, A5/A7(2017) running Android 5.0 or later, and iPhone 7, 7+, 6S, 6S+, SE running iOS 10.0 or later. (There are functional limitations when used with iOS devices.Now this Samsung Gear SM-R210 4K Camera is available in [email protected] BDSHOP.COM

Capture life as it happens with the Samsung Gear 360 2017 – 4K Spherical VR Camera. Whether you were at a concert watching your favorite band playing, out on an adventure, with your kids playing and flying kites, or walking around the city, with the Samsung Gear 360 2017 you will be able to capture every angle of every event at once. This gear was built to help you create, view, and share favorite experience on social platforms like Facebook, Instagram, YouTube, Twitter, and Samsung VR. With a single button tap the Gear 360 2017 will start recording everything in front, above, below, and on your sides. With a 3600dgree view, CMOS 8.dMOx2 camera, and a powerful 1160mAh battery, the Samsung Gear 360 2017 is guaranteed to capture everything you want it to. And with the ability to add an up to 256GB MicroSD card, you no longer have to worry about space.

Easily capture crisp, clear, and high-quality pictures and videos. This 360° degrees Gear, you will be able to keep your memories alive forever. Look around, that is exactly what you can capture with the dual camera Samsung Gear 360 2017 – you will never miss a detail ever again! Share Your Moments; LiveHave not we all found ourselves witnessing something and wishing to share the amazement on the spot? Well, the Samsung Gear 360 2017 gives you the chance to broadcast what is happening around you, at the time of it happening. Whether you are enjoying your time at a concert, attending a special event, or simply want to give some a look into your everyday activities, just pair the Gear 360 2017 with your smartphone or computer, choose a platform and get sharing!

The content you share will soon become anything but usual! Stand out with your very own personal touch to the content on your 360 Gear. The Samsung Gear 360 app gives you the chance to switch up the view and convert your 360 content into videos or photos that are ready to be sent. Samsung offers 5 various capturing modes; 360°, stretched, round, dual, and panoramic. Stand out with captivating pictures and videos and share them with a simple finger touch!

Because the Gear 360 2017 was built to make the past accessible at all times, its design of sphere shape and dual cameras make this possible. If you are off on a once in a lifetime adventure, go into it knowing that these moments are going to be saved for eternity. Now, getting tired from holding a camera is a thing of the past. Because the Gear 360 2017 is smaller and is ultra-light at 130g, you won’t have to worry.

Are you looking for Samsung Gear SM-R210 4K Camera Price, Review & Specifications in Bangladesh with home delivery? Then BDSHOP.com is a great place to buy the Samsung Gear SM-R210 4K Camera in Dhaka, Chittagong, Sylhet and all over Bangladesh and with Cash on Delivery. Online Shopping in Bangladesh for Genuine products, awesome customer support, easy returns and really fast deliveries. Besides, there are a bunch of reasons why our customers keep coming back to shop online.

See all
No questions yet. Be the first to ask the question!

Shall we send you an Offer Notification?

Thank you! Please check your email inbox to confirm.